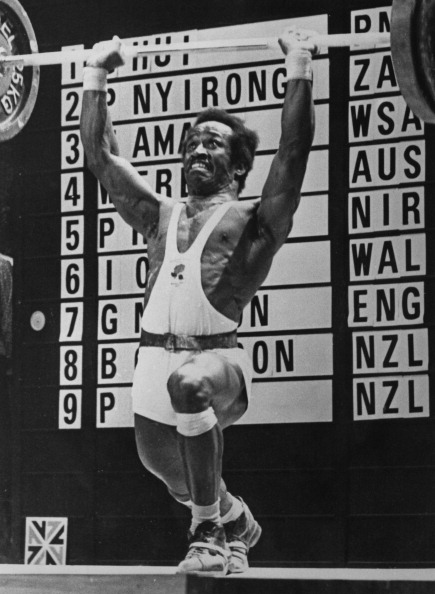 He was born in the British colony of British Guiana (now independent as Guyana) but after qualifying as an electrician he moved to the UK as part of the Windrush generation.

After arriving he London he joined the Bethnal Green Weightlifting Club and soon set out on an International career that lasted for two decades.

Newton never reached the medal podium at the World or European Championships, but he was extremely successful at the Commonwealth Games.

The 1974 Commonwealth Games in Christchurch in New Zealand proved a major turning point in his life as he met and fell in love with the woman he was to marry after leaving London for New Zealand on New Year’s Day 1975.

By then a veteran of 42 he made a final Commonwealth Games appearance in thesinglet for his new country of residence at the 1978 version in Edmonton, Canada although this time he came home without a medal after failing to record a valid lift.

He retired from competitive lifting shortly afterwards but stayed connected to the sport by coaching.

One of his proteges, Lee Attrill, went on to follow Newton and compete at the Commonwealth Games.