Sarah Davies is the latest athlete to feature in our classic Commonwealth Moments series as we explore how she won her first Commonwealth Games medal for England at the Gold Coast in 2018. 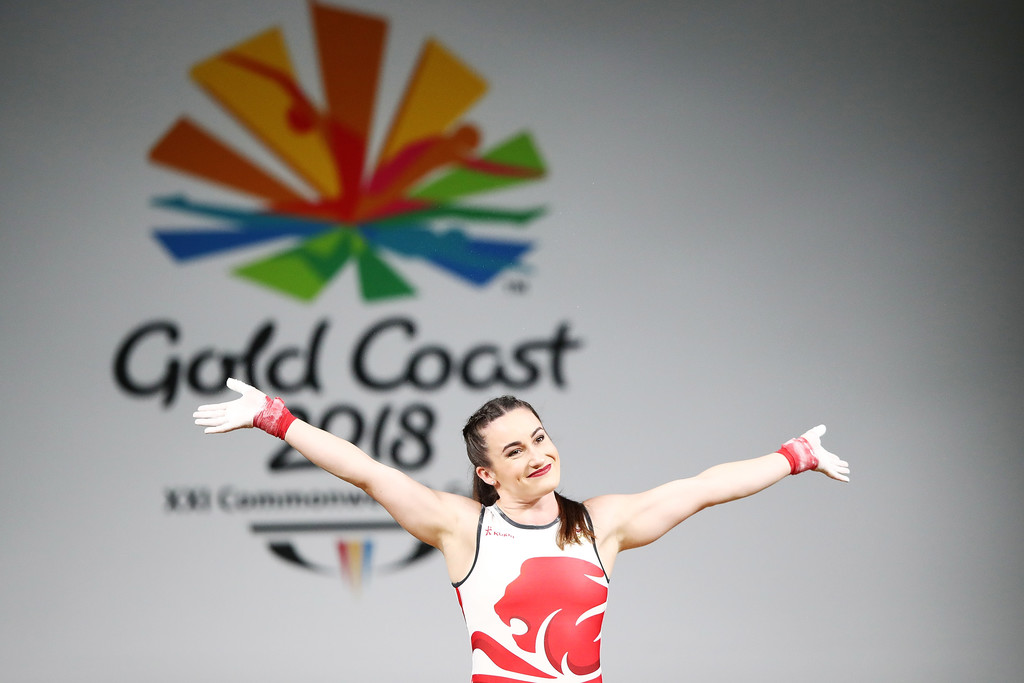 Having medalled at the Commonwealth Championships held at the same venue in 2017, Davies found herself in a four-way tie for Bronze at the halfway stage of the Women’s 69kg competition at the Gold Coast Sports Centre having Snatched 95kg.

However, when it came to the Clean & Jerk, the 2015 European U23 Champion burst through the pack with two successful lifts in succession to be best of the rest behind Punam Yadav of India, who won Gold.

The GB & England International lifted 128kg to total 217kg which was 5kg off Yadav, but crucially 1kg clear of Apolonia Vaivai in third.

Davies combines Olympic Weightlifting with beauty pageants having got into the sport while training to be a PE teacher at university, where she was crowned Miss Leeds in 2012.

She went into the Gold Coast event after finishing sixth at the previous year’s World Championships in the Women’s 63kg class which was the best result by a British weightlifter for 15 years at the time.

"Weightlifting is my job, whereas most people do sports for a hobby. Pageants are my hobby. It's my chance to get out of my tracksuit and 'glam up' a little bit," she said after the event.