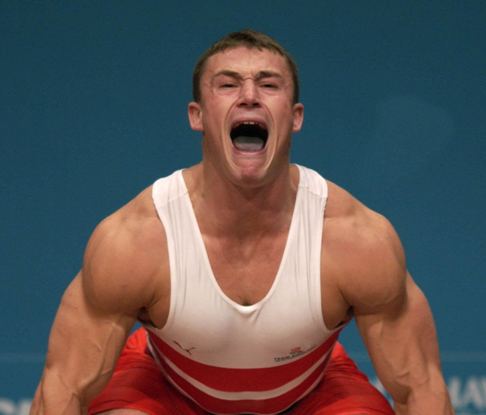 Guest clinched Silver in the Snatch stage and retained the position overall after finishing fifth in the Clean & Jerk in the Men’s 94kg competition.

Australia's Alex Karapetyn took a clean sweep of Gold medals across all three disciplines. The Armenia-born lifter produced a total of 365kg after dominating the Snatch and Clean& Jerk disciplines while Canada's Julien Galipeau finished second in the Clean&Jerk to win Overall Bronze.

Scotland’s Tommy Yule rounded out the podium in the Snatch and England’s Karl Grant won Bronze in the Clean & Jerk.

"I knew I wasn't going to get Gold. All of us knew we were going for Silver basically,” said Guest after the event.

"Tommy Yule pushed me a bit in the Snatch and I was a bit surprised at that.

"But I got a big lead on the rest in the Snatch and, with me having a lower body weight than a lot of others, I was in a good position for the overall."

Gold medallist Karapetyn only started lifting in each discipline once everyone else had finished.He waited until Guest had set a mark of 160kg in the Snatch, with Yule just behind on 157.5kg.

Karapetyn then lifted 162.5kg to clinch Gold before breaking the Games record of 165kg with an excellent second lift of 167.5kg.

Yule, who previously won three Silver medals representing England in 1998, saw his overall medal prospects fade when he failed to record a score in the Clean& Jerk.

Grant, who won Bronze in the 105kg Clean& Jerk in Kuala Lumpur, repeated the feat with a lift of 187.5kg.

Galipeau's effort of 192.5kg was enough for Silver before Karapetyn lifted 197.5kg on his first attempt.