Today as part of our Throwback Thursday series we are highlighting Owen Boxall’s dramatic podium place showdown at the Gold Coast in 2018 where he won bronze by 1kg. 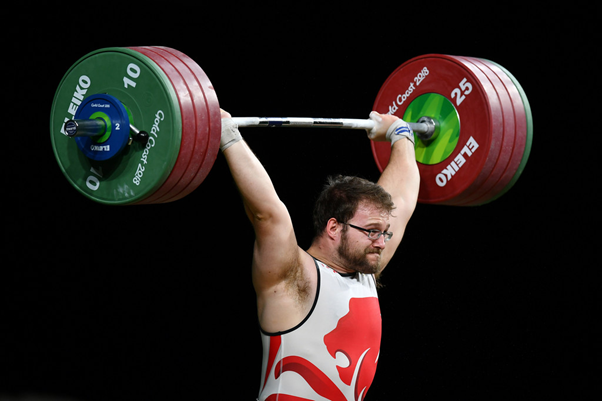 The 2016 Commonwealth Championships Gold Medallist looked to be heading out of contention in the early stages after missing his first two attempts of 152kg.

However, Boxall bounced back by nailing the same weight on his final Snatch attempt to sit tied for second place at the break.

In the Clean & Jerk he lifted 199kg to post a total of 351kg and take Bronze by a single kilo to improve upon on the fourth place he scored in Glasgow.

"It wasn't great at the start, but I went for it in the Clean & Jerk. I'm very satisfied. Ecstatic," he said after the event.

"My strength is the Snatch, but it didn't go so well for me today. For the first one I just wasn't strong, and I went a bit soft in my arms, which isn't good."

Wales' Jordan Sakkas came seventh and Zachary Courtney of Scotland was forced to withdraw after the Snatch.