Everyone likes an underdog story so this week we are exploring how Ben Watson pulled off an outside Bronze for England in the Men's 105kg competition at Glasgow 2014. 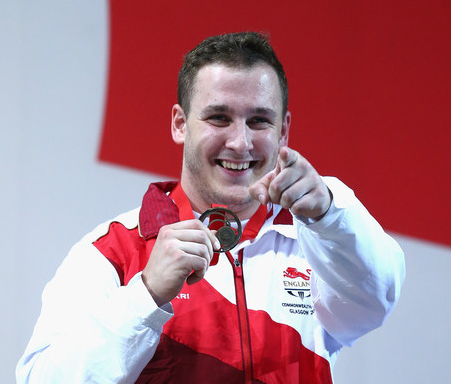 While harbouring hopeful medal ambitions prior to the event, Watson’s main target was to finish in the top five.

Yet when the event got underway the English lifter made a storming start and stole a march on his main rivals with three successful efforts in the Snatch, hitting 147kg, 152kg and 157kg to lead at the interval.

Clean & Jerk specialists David Katoatau and Stanislav Chalaev came out swinging in the second stage to put Gold and Silver out of reach, but a 180kg effort by Watson saw the Englishman still in contention for Bronze as the event entered its closing stages.

A late challenge by Ivan Mcknee looked a potential threat, but the Barbados lifter bombed out after three failed attempts at 190kg.

"I got the medal the hard way but when the guy from Barbados missed all three of his lifts I was buzzing. It was a great moment."

"I can't be disappointed because I didn't really expect a medal," added Watson.

"It's the best feeling, the whole set up is brilliant. Every second out there was just awesome and the medal to cap it off was awesome. I could not stop smiling."