We are revisiting some of the magical Home Nation’s Commonwealth moments from the modern era and today we are delving into how Jason Irving won England's sole Weightlifting medal of Melbourne 2006 and the first ever in Para Powerlifting, with Silver in the Men’s Para Powerlifting competition. 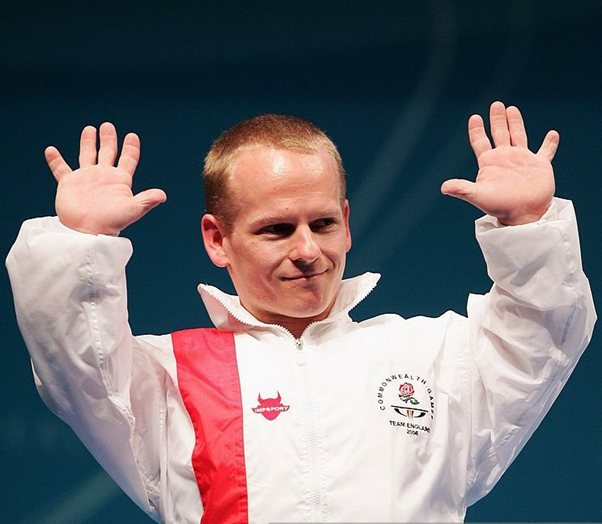 Irving, aged 32 at the time, clinched the medal with his first-round lift of 167.5kg after facing off against 29 competitors from around the world.  This was only the second time Para Powerlifting had featured at the Commonwealth Games after its introduction in 2002.

The Manchester lifter took a calculated risk in the third and final round of the competition by attempting to lift 177.5kg.

If successful the gambit would have clinched Gold, but failure could have opened the door for Australia’s Darren Gardiner to take Silver and relegate Irving to Bronze.

In the end, both men failed to complete their final lifts, leaving Irving to secure runner-up and Nigerian Ruel Ishaku with the Gold medal.

"We gambled Silver to try and take Gold," said Irving. "It was a bit of a gamble, but I wanted to try to chase the Gold.

"I'm a bit disappointed, because I feel as though I've pinched the medal rather than won it.

"I was hoping to lift 180kg. I lifted 180kg at the British Championships, but a couple of weeks ago I managed to pop a shoulder, so in that respect it's a real bonus.

"Championships are about medals rather than personal bests, so I'd rather take a Silver medal over a personal best and fourth place any day."