Today we are highlighting the moment Zoe Newson sealed a Para Powerlifting major medal treble by picking up Bronze at the Gold Coast. 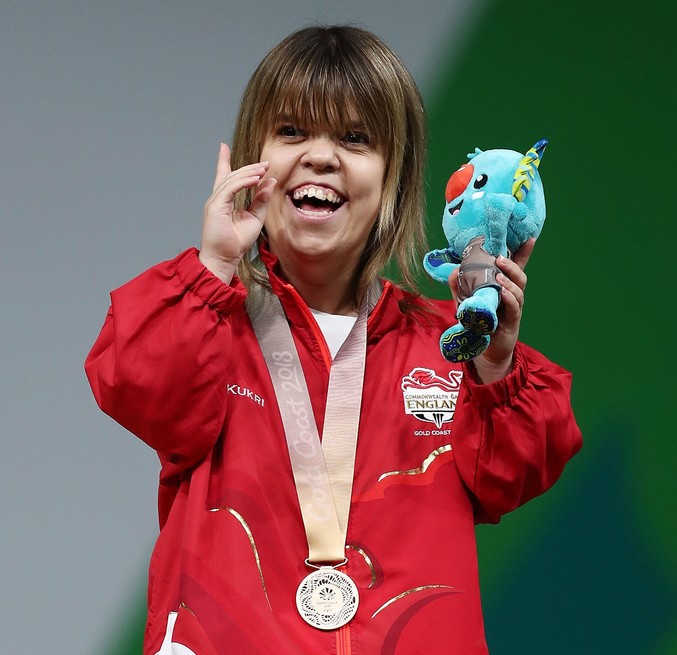 Newson won Bronze for England in the Women’s lightweight final at the Commonwealth Games in Australia.

The result saw her clinch a Para Powerlifting medal treble having previously stood on the podium at the Paralympics and World Championships.

The 26-year-old hit a best lift of 91kg in the Carrara Indoor Sports Centre on the Gold Coast, earning her a score of 106.1 points.

That allowed her to round out the rostrum behind the Nigerian duo of Lucy Ejike and Esther Oyema.

Speaking after the event Newson said “It was a really good feeling to be up on the podium getting my medal.

“This was the only one I didn’t have, so to have the full collection is amazing and I am very happy now.

“I will now have to put them all up together!

“But for now, I just want to go sightseeing – my main aim is to hold a koala bear – that is all I have left to do!”

It has been a long journey for Newson to secure a Commonwealth medal and complete her collection.

She finished fourth on her debut in Delhi back in 2010, but reclassification prevented her from competing in Glasgow 2014.

A rule change allowed Newson to return and she did not let her opportunity go to waste.

Speaking after the event she said “I just got told what to do by my coaches – I just turn up and lift! I leave everything up to them,”

“Otherwise, I think I worry too much and concentrate on how much is on the bar and things like that. This way round, I just turn up and focus on what I have to do.

“Me and Arun (Singh) get on so well, he has always helped me – we have a special bond, and we were both really happy.

“I have to listen to what they say really, otherwise I will get into trouble!”

“I was quite emotional when I found out (about de-classification before Glasgow). But when they reclassified it, I thought I would try and get back into it.

“After this one, I am going to celebrate this and then we will see what happens in the future – I can’t say right now.”