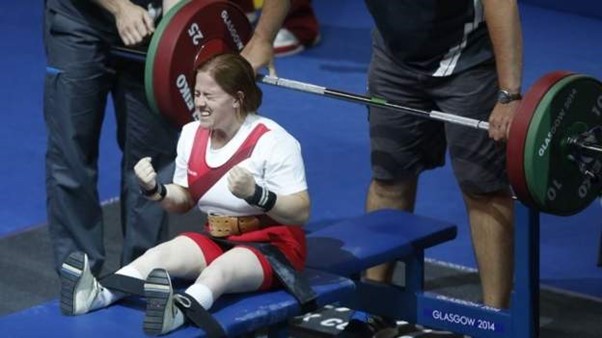 Blake, 31 at the time, managed a best lift of 95kg to give her 100.2 points in the Women’s lightweight event, leaving her second behind Esther Oyema of Nigeria who 136.0.

Blake, a five-time Paralympian, won Silver at the 2013 European Championships but missed the World Championships in Dubai in 2014 due to a shoulder injury.

Speaking after the Commonwealth event  in Scotland Blake said, "I'm buzzing - I can't believe it.”

"I wasn't expecting the Silver - it's a tough competition out there so I was hoping to get three good lifts and maybe a Bronze medal.