We are revisiting some of the classic England Weight Lifting Commonwealth moments from the modern era and today we are looking at how Zoe Smith powered through the pain barrier to win Silver at the Gold Coast in 2018. 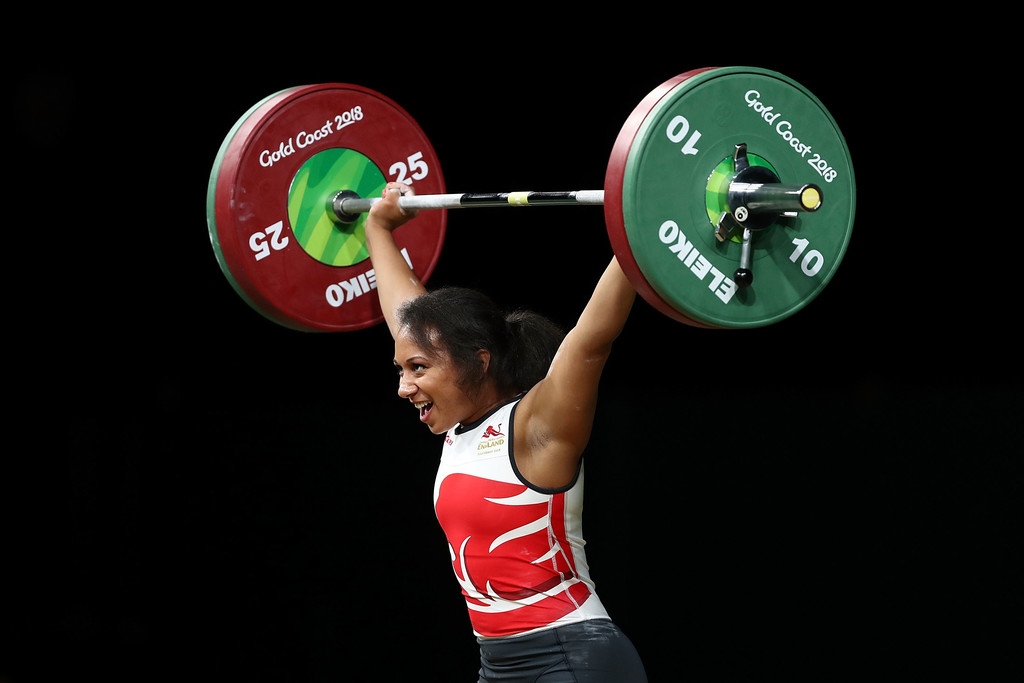 The defending champion put on a fantastic display given the circumstances as hours before there were doubts as to whether she would be able to compete at all.

“My back’s been so bad,” she said after the event.

“I had a flare-up just before I left the UK. The flight here was horrendous, I had to get up every couple of hours to move around. I could not lift the empty bar at the beginning of the week.

“I had an epidural while I was in the prep camp. Since then, there have been multiple trips to the doctors, multiple painkillers, anti?inflammatories, but even after all that, it was still awful.

“Even on the bus here I was thinking to myself I’m going to go and say hello to everyone and have a wave on the platform, but I probably won’t be putting any weight on the bar. So, I’m actually shocked.”

The result saw her become the first female English weightlifter to have stood on every step of the Commonwealth podium having won Bronze on her debut in 2010 and Gold in 2014.