Back to All News

GB Coach Sawyer: “BWL are in the best position that they have been in for a long time”

We caught up with Great Britain and England National Coach Dave Sawyer as part of UK Coaching Week. Among many topics, he offered advice for newly qualified coaches, reflected on the successful European Senior Championships, discussed how the performance programme has evolved over the years and also shared his thoughts on the upcoming British Championships.

Sawyer forms an instrumental part of the GB and England backroom set-up alongside fellow coach Andrew Callard, a former Commonwealth Champion, and Performance Manager Stuart Martin. In 2019 Sawyer won Performance Coach of the Year at the BWL Annual Achievement Awards.

As part of a wider discussion on the current shape of the sport, he offered some insight for newly qualified coaches on how to further their development within a sporting environment.

“It is important to learn from the best,” said Sawyer. “Successful coaches are the best to learn from because they have a history of producing top lifters, which is what I did myself back in the day.

“I learnt from the best we had in the country at that time. Luckily enough, when I started travelling with the British team, I started watching the other nations and learning from the coaching side of that as well.

“The best thing to do is to start on the coaching pathway in this country, and get people to mentor you who are up there with the best around really.”

Sawyer started his coaching career with solid foundations, being a successful national-level lifter back in the day winning numerous events including English Senior Championship titles in 1990, 1991 and 1995.

Working his way through the coaching ranks, Sawyer joined the national youth set-up in the 1990s before going on to experience success with the senior team during the past two decades.

Having travelled all around the globe with the British squad Sawyer reflected on the best competitions that he had experienced during his coaching journey.

“The highlight of anyone’s career is going to an Olympic Games,” said Sawyer.

“I have been lucky enough to go to three as a coach so that is the pinnacle of anyone’s coaching career.

“Other than that, just being successful really. Going to Russia, that is the most successful time that I have had as a coach and for the sport, I believe since 1948 in terms of an equivalent level of success.” 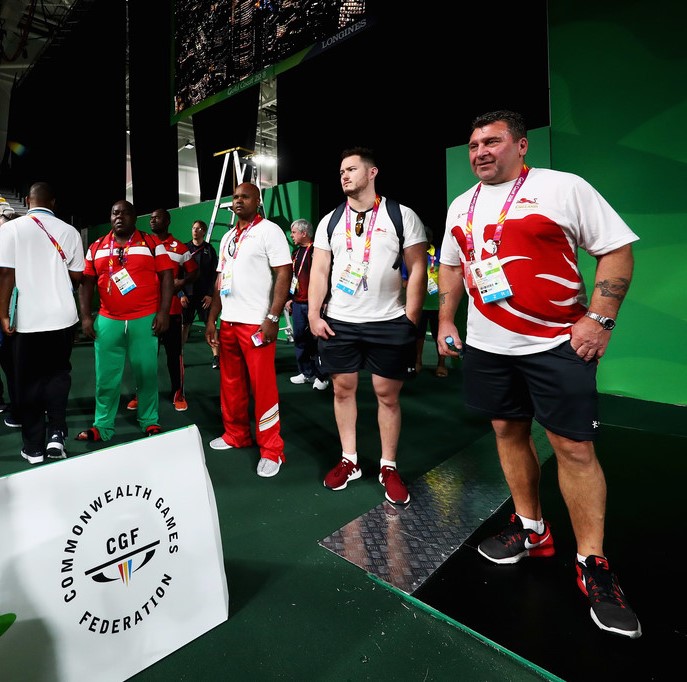 Across the board, they won five Golds and four Silvers, surpassing the 1988 team’s benchmark of five Golds, two Silver's and six Bronze’s on countback to place behind the all-time high of 1948 where two overall Golds and two overall Silvers were won when no individual Snatch and Clean & Jerk medals were awarded in an era that also featured the Clean and Press.

“It is all starting to bear the fruit now,” said Sawyer on Russia.

“Especially because you have people on the side-lines who have seen the success of Emily, Emily and Sarah which makes them believe that they can achieve it too.

“With weightlifting, we have always known what we can achieve, it is just getting people to believe that it is achievable.

“When they look at some of the successful nations, they sort of question themselves if they can achieve the same as those lifters.

“However, from a personal coaching perspective, it is definitely getting better in this country.

“I believe now that we have had success, it breeds more success, so I think that we are on the right pathway across the country from a coaching perspective.

“The better we can get our coaches then the more success will come.”

Outside of the national set-up, Sawyer also coaches at the legendary Atlas Gym in Alfreton alongside weightlifting veteran Cyril Martin (picture below). 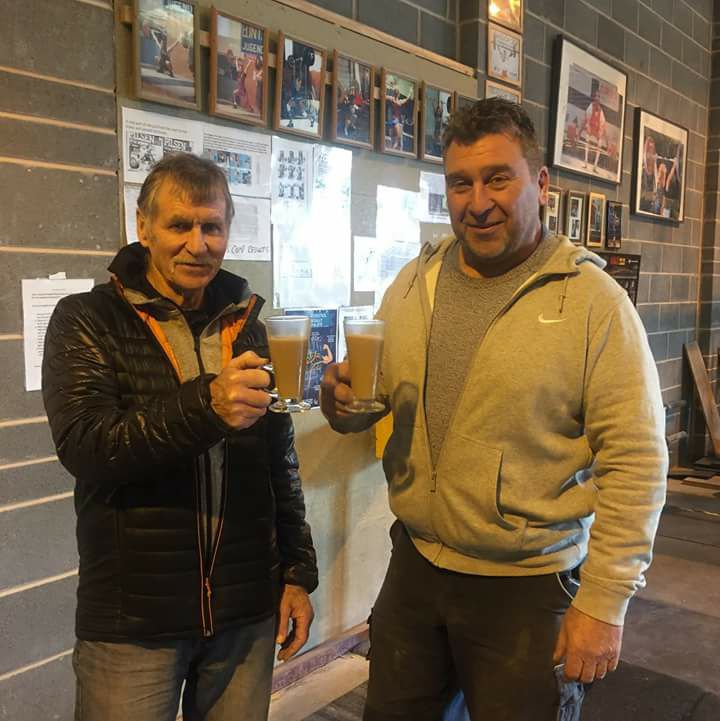 “The lockdown has not been good from a mental side with no gyms and competitions etc. So just to see the people back in an environment where they want to be was just great.

“It was also successful as well. It was good to see the results of the training being done during lockdown with some big weights, so some people are in a better position than I anticipated.

“Looking at the talent we had in Nottingham I think we are in a good place. Don’t get me wrong, we can always be in a better place.

“The more numbers we can have as part of that pyramid, the better we will be with more people coming into the sport. I am sure that is the way we are heading.”

The training camp was held in the build-up to the British Championships that isdue to take place at St Mary’s University in Twickenham on 26 June.

As an invite-only event, the British Championships is set to feature the best lifters from every Home Nation as a Commonwealth Games Qualifier for Birmingham 2022.

Looking ahead to the British Championships Sawyer previewed how he thinks the athletes will approach the competition collectively.

“There is not long till the British and I think the guys will be ready for it,” said Sawyer.

“There is always a bit of apprehension about being off the platform for so long and this is something I had myself when we went to Russia.

“I was a little bit worried there as the guys had been off the platform for 18 months. It was all about how they were going to cope with it, and they coped with it exceptionally well.

“I think the guys who are going to the British will be the same. Naturally, we may have some performances that are not as good as we would expect, but I think everyone will be up for it.”

The coach also praised the governance of the sport and how it has evolved throughout recent history.

“We are a professional sport now. I remember when it was British Amateur Weightlifting, but we have moved on now.

“Initially when World Class Lifting came in (circa 2006) you wanted things to happen, but it was more towards preparing for London 2012, yet when Ashley Metcalfe came onboard (circa 2013) he grabbed the reigns and took it to another level.

“We are probably as good as any sport really from a good governance side.” 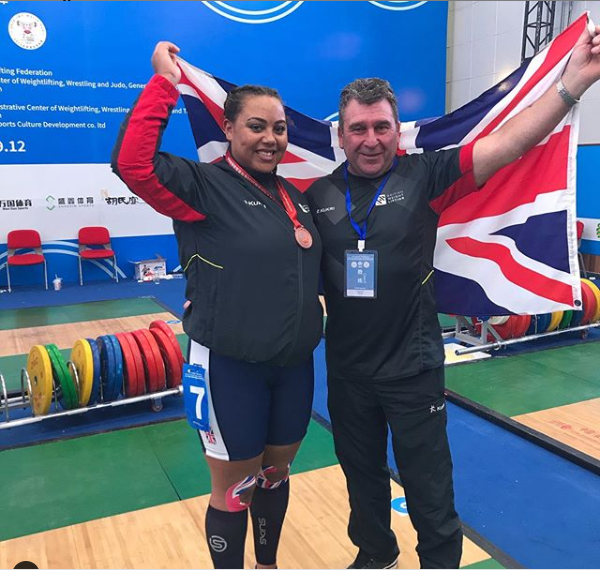 Sawyer also gave his thoughts on the future direction of weightlifting.

“I think we are definitely on the right pathway. British Weight Lifting are definitely in the best position that they have been in for a long time,” he said.

“I take my hat off to Ashley and his team. We are in a good place which feeds down to performance at a grassroots level and all the way through.

“I have been involved for a long time and I do really believe that we will see these performances again at European Championships, World Championships and Olympic Games right across all age groups.

“I think not only can we have that representation there, but we can compete with some of the best in the World. It would be fantastic to see.”

With Tokyo on the horizon and Paris not too far beyond, Sawyer placed Great Britain’s prospective weightlifting representation within a modern context.

“Let’s say we can have a bit of success at the Olympics this year, by the time Paris comes round in 2024, we will hopefully be able to qualify more people,” said Sawyer.

“If we get three, or four qualified this time, and then get five for Paris that would be a massive success for us.

“It would be nice to qualify big teams or full teams, which for ourselves last dates back to the 92 Barcelona Olympics.

“Since then we took one to Atlanta and Sydney, two to Athens, one to Beijing and then for the home games in London we had a quota of five and two to Rio.

“At the moment we have around three for Tokyo, it would be nice to get the fourth, but that just shows that we can breed that success.”

Sawyer also believes that the latest success can open more opportunities with regards to funding and raising weightlifting’s profile domestically in the UK.

“If we do well it goes back to UK Sport, the athletes can train full-time, the coaches can put more into it. It just opens all sorts of doors,” he said.

“It was difficult after 2016, post-Rio with no immediate funding, but these girls have done phenomenally. It could easily have gone the other way.

“They have just battled on, and what comes their way (in terms of success), they deserve it. It would be nice for them to top it off and do well at the end of it and that would be good for everybody.”